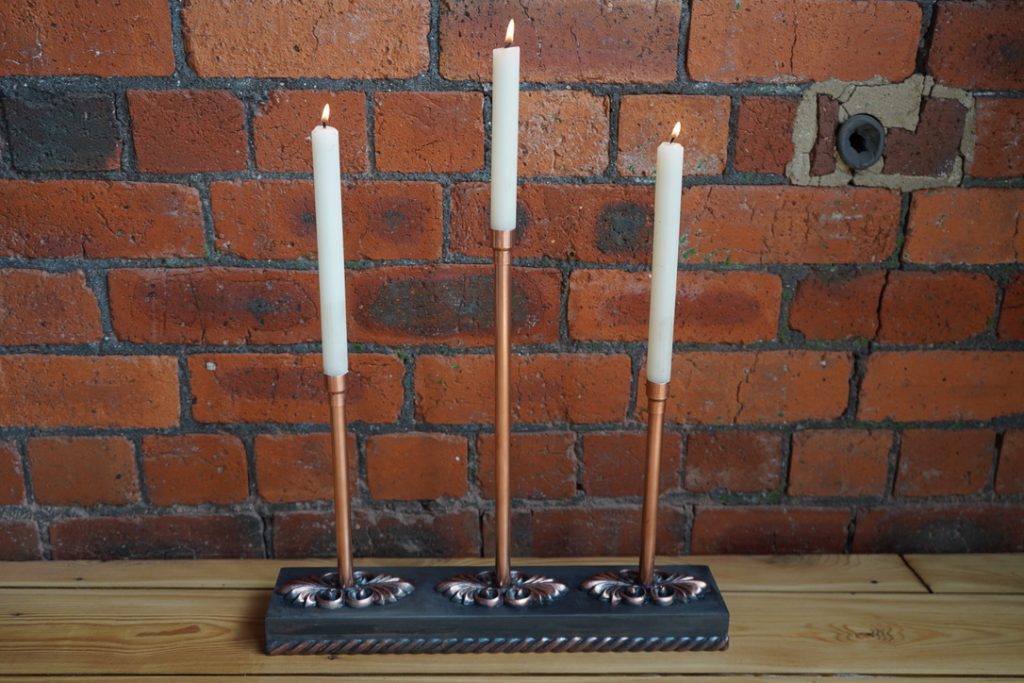 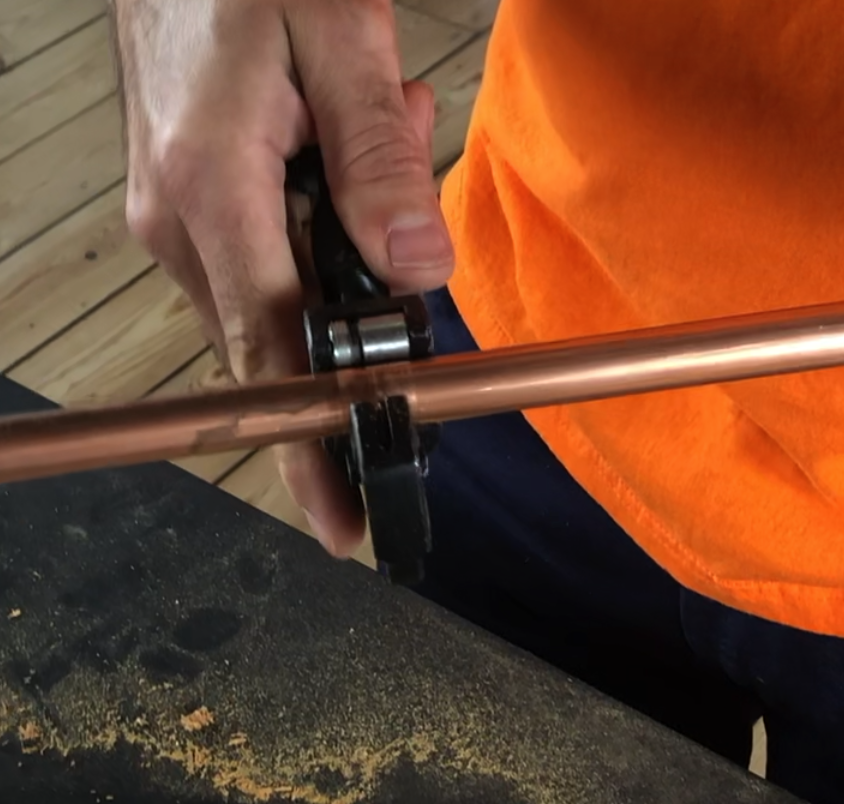 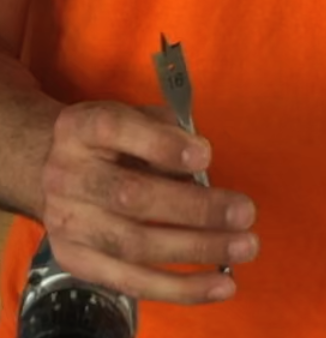 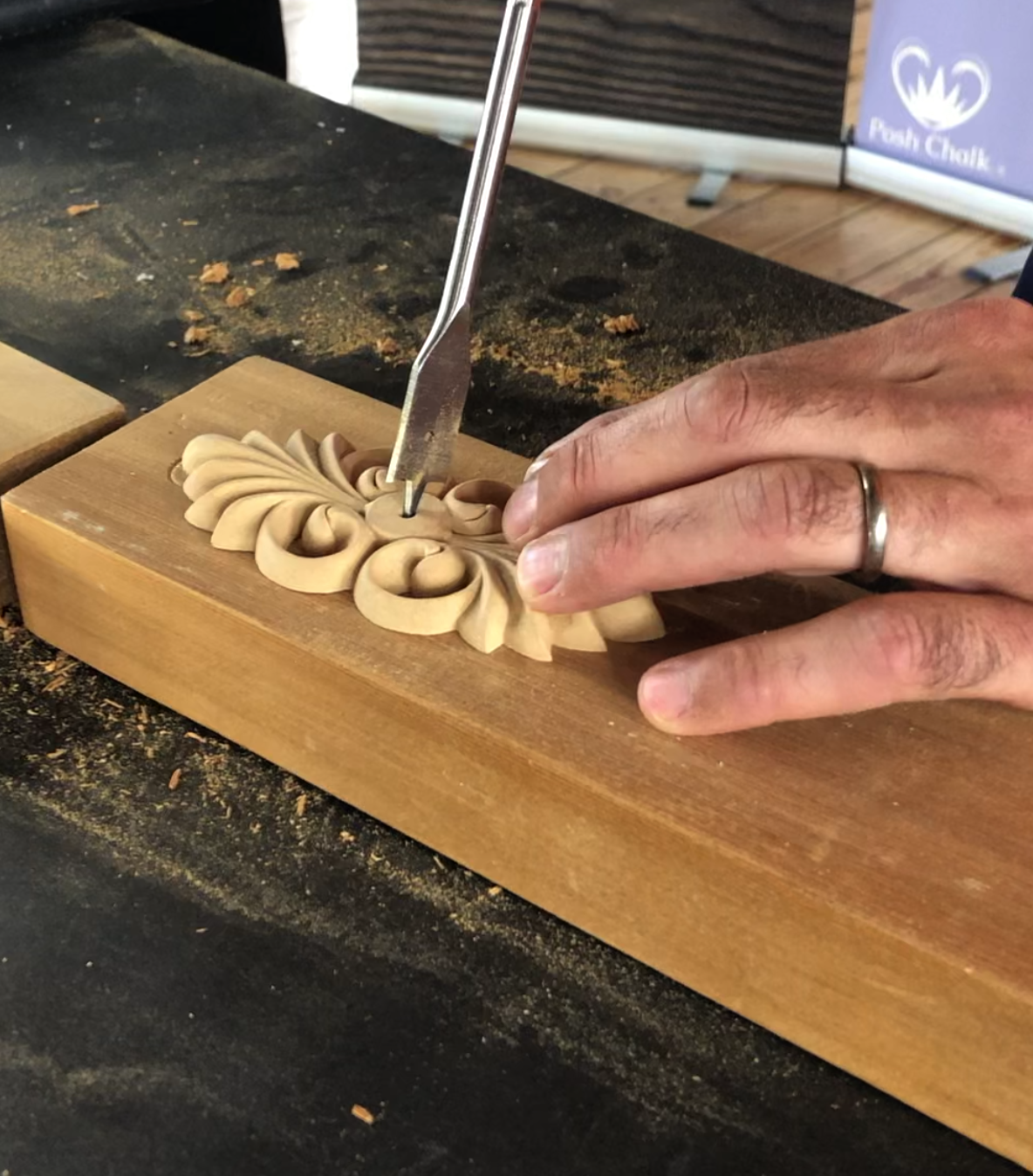 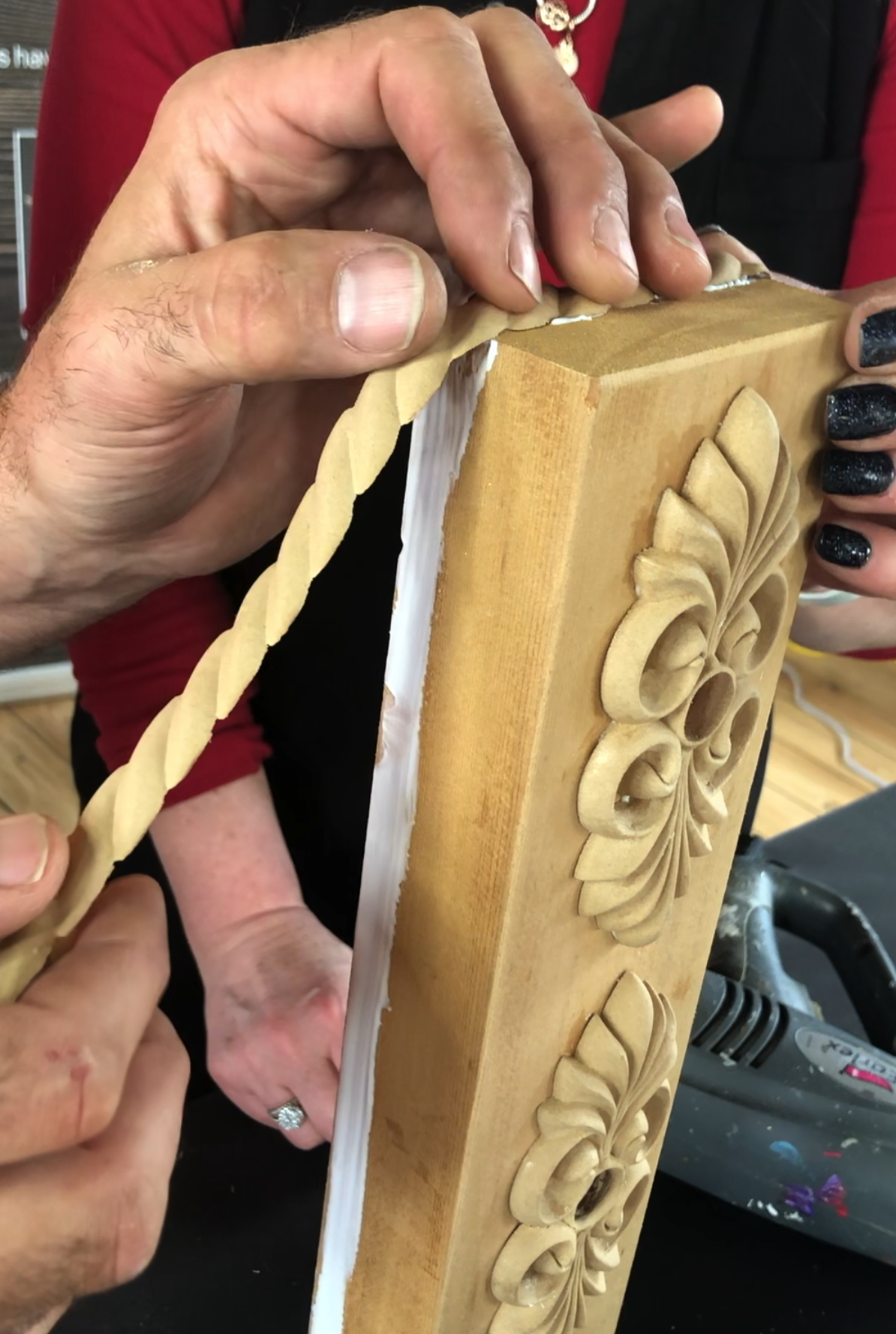 Posh Chalk time! We painted the base using the Posh Chalk Paste in Juodoji anglis, spritzing occasionally in order to thin the paste out and help it move on the surface. As the pastes are water based, you don’t need anything more drastic than a simple water spritzer, you can even water them down into a wash if you really want to. They’re really quick drying too, so once we’d finished up painting, making sure to get into all the nooks and crannies of the mouldings we could move straight onto dry brushing with the Posh Chalk Pigments. 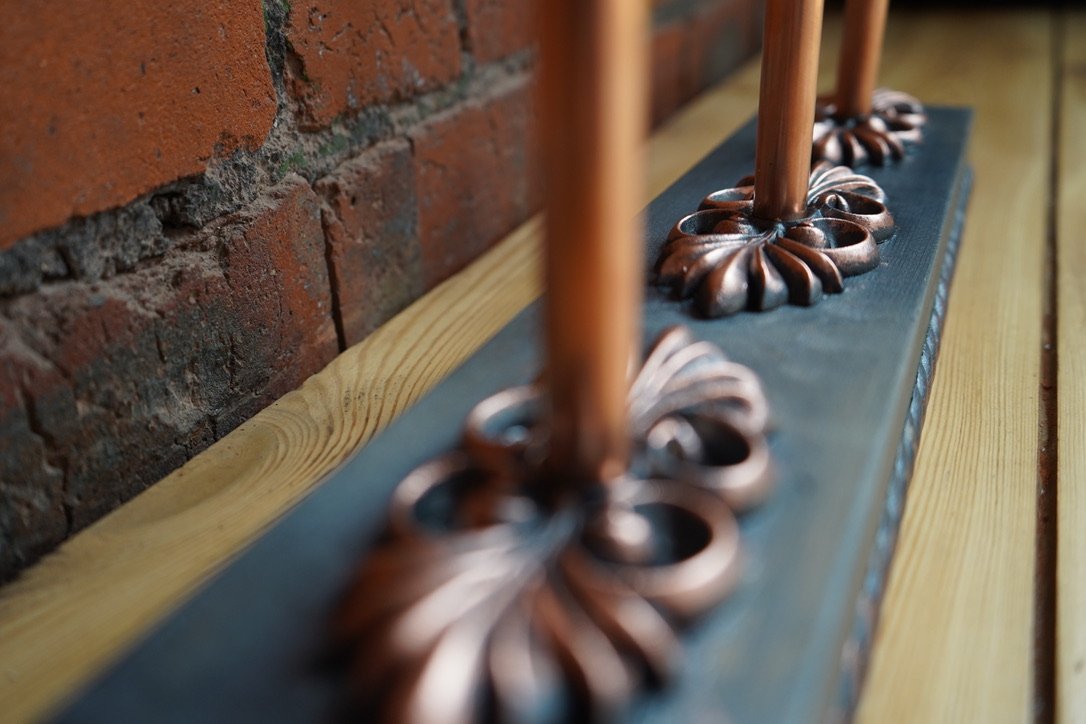