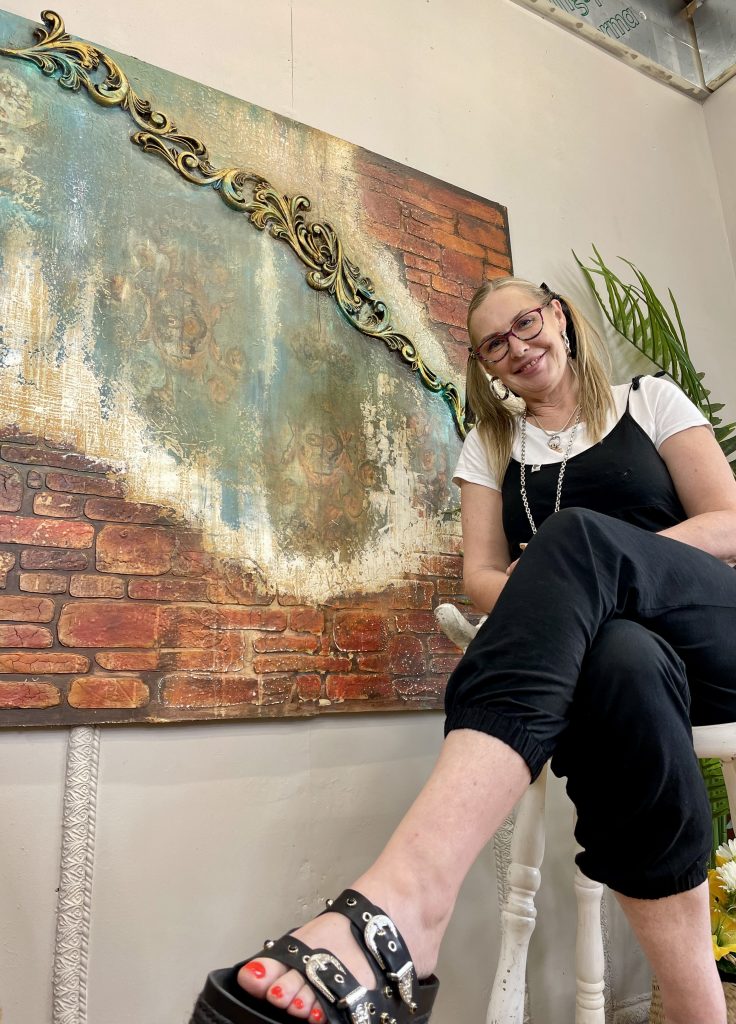 To fill the space in the middle of the canvas, Solly began preparing the decoupage. After laying it flat, she brushes water onto areas of the decoupage she wants to tear. We recommend tearing Posh Chalk Decoupages in place of cutting with a knife or scissors. This allows for easier blending. She tore the decoupage into 4 pieces and brushed them smooth onto the canvas that she had prepped with Posh Chalk Pigment Infusor.

We are a fast growing company with a global network of stockists, distributors and ambassadors. Our manufacturing plants are in central Europe with  headquarters in the UK.